Just when it looked as though the Boston Celtics would never dip their toe into the NBA free agency, the franchise produced what could end up being a very smart bit of business. As well as shifting Gerald Wallace and his ridiculous contract onto the Golden State Warriors, the Celtics received power forward veteran David Lee as part of the deal. This is a deal that is a lot better than it might look on the surface. While there is little doubt that Lee is wildly overpaid at $15.5 million in the last season of the six-year contract he signed in 2010, Boston feel he has a lot more ball left in him than the departing Wallace.

The small forward is coming off the back of a dismal season in Boston, averaging just 1.1 points a game in an injury-affected campaign, and the Celtics have been keen on trying to move him on since the end of their brief postseason. While Lee only averaged 7.9 points and 5.2 rebounds for the Warriors last season after falling down the pecking order with the eventual NBA champions, the two-time All Star showed what he brings to a team during Golden States’ NBA Finals. He cleared room in the crucial Games 3 and 4 to help open up chances for his team-mates, averaging an impressive 10 points from the bench in 14.4 minutes per game during the two important matches. 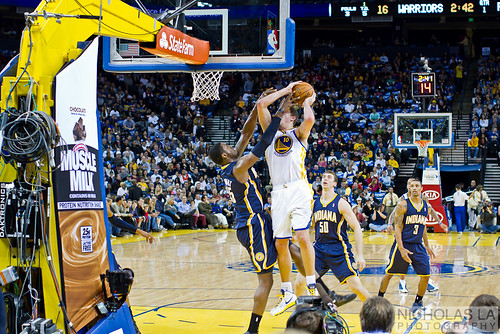 Having spent the majority of last season as back-up to Draymond Green, Lee looks in line to start next season as the Celtics’ top offensive player at power forward and a man who will be an automatic starter. The veteran showed during his time with the Warriors how effective he can be when playing alongside guards with pace. Indeed, Boston have two players more than capable of providing the speed the 30th overall pick in the 2005 draft needs to produce his best basketball in Isaiah Thomas and Marcus Smart. Without the three-point shooting ability of the likes of new team-mates Jared Sullinger or Kelly Olynyk, Lee does the majority of his damage from mid-range as well as in and around the rim. He does it on a very consistent and reliable basis.

The signing of Lee might not see Boston race up the latest NBA Championship odds just yet, but it shouldn’t be forgotten that it was only a year ago when the veteran averaged a very solid 18.2 points and 9.3 rebounds per game while starting for a team that made it to the postseason. In what is a young and unproven Boston frontcourt, having a professional with the experience and scoring record of Lee will only add another dimension to a team that surprised a lot of people last season. With an impending move into the free agency at the end of next season, Lee has a lot to play for this year and the Celtics may well have managed one of the trades of the offseason.